30 years ago my mother died of ovarian cancer…

This event profoundly changed my life. Over the last few weeks of her life she found this incredibly peaceful space, she was so calm and serene and she radiated so much love. She was amazing to be around. I vowed then that I was going to find a way to find that place without having been given a death sentence first.

I began reading everything I could get my hands on about death and dying, life after death, near death experiences, past lives, reincarnation, communication from the other side and hypnosis (I was fascinated with hypnosis). I became almost obsessed with personal growth seminars and emotional release workshops (I had A LOT of emotional baggage to clean up) and I also began volunteering for Hospice.

After being in the mainstream medical field for 15 years I knew that I needed to get into something more holistic. I found Massage Therapy and I KNEW immediately that this was what I was supposed to be doing. I also KNEW that it was just a stepping stone to something else but I didn’t know what.

10 years after my mother died, I was attending a personal growth workshop and during an emotional release process, I experienced a PROFOUND spiritual awakening and my mother began communicating with me.

Here is what she told me and the story of my brother, Dave.

My brother Dave never seem totally comfortable in the family. He started pulling away from us at an early age. He and my father had a really hard time getting along. As an adult, he got to the point where he really didn’t want anything to do with the family. I never understood what that was all about.

10 years after my mother died I was in Florida attending a personal growth workshop and after a PROFOUND Spiritual awakening my mother began talking to me. She told me that NOW was the time for my brother to get the letter.

And she also told me that after my oldest brother was born my parents got divorced for a year. My mother got involved with another man, she got pregnant and he left her. She called my father in the phone one day, crying. She told him she was pregnant and didn’t know what to do. He told her he still loved her and wanted her back and would raise this child as his own. This child was my brother, Dave.

Now, imagine me going to my father (who had the key to the safe deposit box) and telling him that mom was talking to me and I that knew the whole story and that she wanted Dave to have the letter now.

All of this was VERY upsetting to my father. He didn’t understand how my mother could be talking to me and yet he confirmed the information was accurate. He he said he could not give my brother the letter because he had made a death bed vow not to release this information unless there was a terminal illness or something where Dave needed to know who his biological father was (which was the information in the letter). However, my mother was being very persistent. When my father kept stalling, I told him if he didn’t tell him that I would! This made my father EXTREMELY angry with me. He told me I had no right to do this!

I had pull back then and do some deep soul searching and finally realized he was right, this was NOT MY ISSUE. This was between my mother, my father and my brother. I was just the messenger.

So I told my father that I would not say anything for now and I also told him “Mom didn’t have the courage to tell him before she left and you may wait too long and something my happen to you. Then he has to hear this from his sister! Is that the way you want him to hear it?”

It didn’t take too long after that. My father sat down and told Dave about the circumstances around his birth and gave him the letter. This was a time of great healing for my brother and the whole family. It answered SO many questions for all of us. This had been a huge secret. Then Dave started coming back to the family. We started seeing him at family gatherings and at the holidays again. And then…he was diagnosed with cancer and two years later he died.

You see…my mother KNEW what was coming for him and that he needed this information back then, because if he had gotten the information at the time of his diagnosis, it would have pushed him further away from the family. As it was we were all able to be there with him in the end.

In the middle of all of this I knew it was time to get into the hypnotherapy and then, into the specialty field of Regression Therapy.

I am a Certified Regression Therapist, specializing in Current Life Age Regression, Past Life Soul Regression and Between Lives Soul Regression. I am passionate about this work and am so honored to be able to assist others to find their own answers inside of themselves.

Personally, the Regression work has changed everything for me. Having access to some of my past lives and that space between lives, I now know who I am, where I came from and what I came here to do. I understand the significance of the sweet relationships in my life and…more importantly, the really difficult ones. I understand why I chose this challenging body and have reunited with loved ones who have crossed over. I have gotten the answers to SO many questions. I no longer have a fear of death. I now know death is an illusion.

This work allows us to know ourselves on much deeper, multidimensional levels and gives us a much more expanded view of ourselves and the world around us and a much deeper connection to Spirit. We used to have to spend years and thousands of dollars in traditional psychotherapy only to scrape off the surface of one or two issues.

Regression Therapy is some of the most powerful work I have found that allows us to go within, directly to the root cause of our issues and offers the opportunity for releasing those issues quickly, safely and affordably…. providing the opportunity for rapid personal growth.

It is with great honor and humility that I facilitate this sacred work.

To contact Kristine for your free, no-obligation consultation or to schedule an appointment, Call 303-960-5970, or email kristine@harmonysoulregression.com. 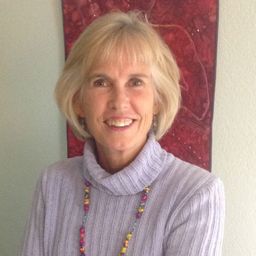